by Patrick Murray, University of Alabama Why do we celebrate Our Lady of Fatima on the thirteenth of May? There are two reasons that this day was chosen as her feast. First, it’s because this was the day that Our Lady first appeared in Fatima just over a hundred years ago, in 1917. And second, it was also the day that a pope – John Paul the Second – was shot, as our Lady of Fatima predicted would happen a century earlier in the “third secret” of Fatima. (This was one of three accurate prophesies made by Our Lady of Fatima. The other two were her predictions of the Miracle of the Sun and of World War Two!) John Paul believed that Our Lady saved his life that day, as he, half-conscious, murmured “Mama, mama!” on his way to the hospital. The Church marked this occasion by declaring May 13th as the feast of Our Lady of Fatima.

Conversation two: The Miracle of the Sun

By the way, some Catholics also commemorate the events at Fatima on October 13th. While May 13th was the date of Mary’s first apparition to the three shepherd children, October 13th was the last. It was also the day that seventy thousand people – Christians, skeptics, and atheists alike – witnessed the Miracle of the Sun while the children’s vision was taking place. In the Miracle of the Sun, all the rain clouds in the sky disappeared, and – despite no evidence of an astronomical event anywhere else in the world – the crowd at Fatima saw the sun turn into a silver disk and dance around in the sky!

As perhaps the most striking miracle to occur in the modern era, the Miracle of the Sun should be talked about far more often than it is. However, I hear about it very little in my circles, even when the topic of Mary is brought up. I can think of two reasons that young Christians either weren’t taught about or choose to avoid this topic: First, they may be wary of talking about miracles that did not occur in the Bible, and second, they may be unsure about whether we should be talking about Marian apparitions at all. But if you are one of these Christians, I encourage you to take courage! The Miracle of the Sun is an extraordinary historical event with no natural explanation, and it is one of many miracles that God has continued to allow his saints to perform throughout human history. Furthermore, the Miracle of the Sun will promote faith among Catholics in Marian apparitions in general, which should be far more widespread than it is today.

Conversation three: Do we have to believe in Our Lady of Fatima? 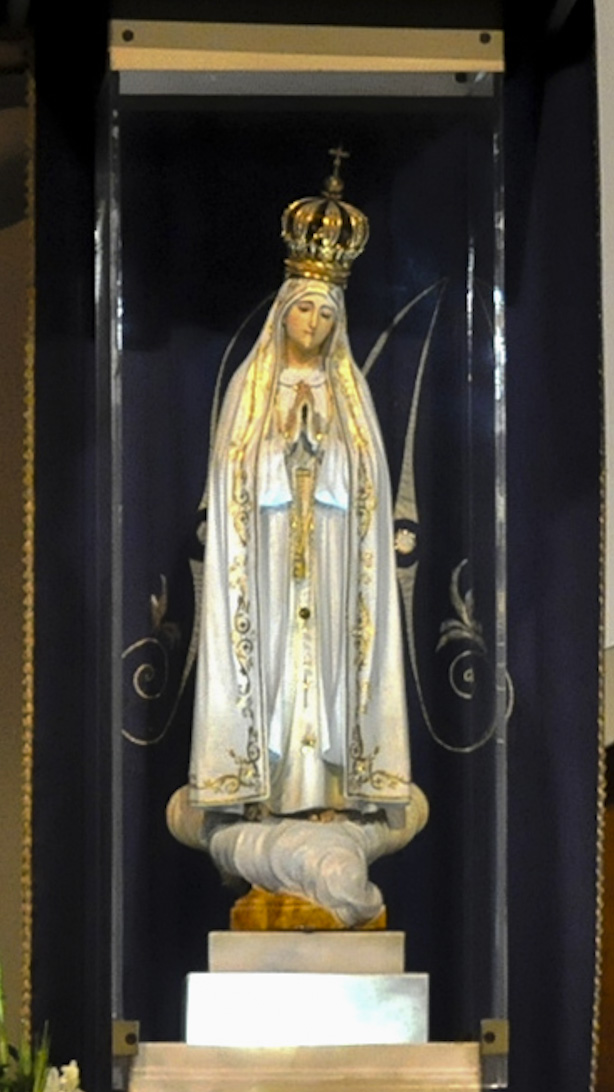 “But wait!” I hear a voice say – “We aren’t required to believe in Marian apparitions, right?” This is the most frustrating comment I hear made about Our Lady today, and it is a sad reminder of the lack of devotion to Mary in our times. This is how I reply when I hear this comment:

“Yes, it’s true that the Catholic Church does not require belief in private revelations such as Marian apparitions. However, this says more about what it does require us to believe in – Namely, the redemptive sacrifice of Our Lord Jesus Christ, and all the things that he, the Incarnate Word of God, revealed to us. The Church teaches that private revelations will only repeat or clarify, and never add to, this “public”revelation. For this reason, all other beliefs are considered optional – But that doesn’t mean that we really should believe in them, especially when this belief is encouraged by the Church.”

We aren’t required to believe that the Earth is round, either. But just as the fact that the Earth is round is a fact established by empirical evidence, the major Marian apparitions are all established by reliable accounts of miracles that have no natural explanation. It is safe, and incredibly profitable, to surrender our ideas of what should be possible and believe that Mary continues to appear throughout history as our help and guide to Christ.

This article is too short to do justice to this complex apologetic topic. If you want to learn more about the Church’s attitude toward private revelations, then please refer to the fastinating document Dei Verbum. Or, for a quick summary, you can also refer to paragraph 67 of the Catechism.

You may not know that Mary revealed the title that she was appearing under at Fatima, and that it was not just “Our Lady of Fatima.” That would be a bit like me introducing myself as “Our Catholic blogger”! The fact is self-evident.

Instead, Mary gave herself a name at Fatima that may surprise you: She called herself “the Lady of the Rosary!” It was the same title she had borne when she first gave the Rosary to Saint Dominic, and the one under which she granted victory against the Muslims at the pivotal Battle of Lepanto.

Why did Mary choose this title at Fatima? The reason is somewhat sobering, and it also explains why the shepherd children whom Mary appeared to never saw her smile. Mary appeared at Fatima because she had seen the great evil rising in Europe at that time in history, and she knew that the best way that we could have responded to that evil was with the Rosary. Devotion to the Rosary, which increased due to Mary’s apparition at Fatima, may have contributed to the end of World War One that came shortly after her apparitions ended. I like to imagine that it also earned salvation for some of the many souls that perished in that war.

The Rosary continues to be a powerful devotion that both sanctifies us and repels the powers of evil. We could all do well to follow Mary’s instruction to the faithful at Fatima: To pray the Rosary, every single day. And also to include the petition for souls which Mary asked us to include and is now known as the Fatima prayer: “Oh my Jesus, forgive us our sins, save us from the fires of Hell. Lead all souls to Heaven, especially those in most need of thy mercy.”

Mary came to Fatima at a dire moment in our history, when we were in need of her intercession. We may not be required to believe in her, but we have great reason to do so, especially considering her power of prophesy and renown in the Church. Say a Rosary today in her honor, and share what you learned from this article with someone else today!