Why Were the Early Christians Accused of Cannibalism?

It is a historical fact that in the Church’s early years, Christians were persecuted vigorously by the Roman Empire. In justifying this persecution, the Romans made all sorts of charges against the Christian community. We learn from the second-century Christian apologists Justin Martyr and Athenagoras that the three main accusations levied against Christians were atheism, incest, and cannibalism. The charge of atheism came from their refusal to worship the Roman pantheon of “gods” (for more on this, see Justin Martyr’s First Apology [Chapter 5 & 6]). We also know the charge of incest originated from the Christian concept of being united as “one family in Christ”, which meant husbands and wives would refer to each other as “brothers and sisters in Christ.” To an outsider, this could easily come off the wrong way. The third charge, that of cannibalism, was particularly fascinating to me as I was learning about the early Church. Why were they accused of cannibalism? And on what grounds? Over time, it became abundantly clear to me that they were accused of cannibalism because of their belief in the Real Presence of Christ in the Eucharist; their belief that they actually ate the flesh of Christ and drank His Blood. As Romans overheard Christians talking about consuming the flesh and blood of Christ, it would have been incredibly easy to misinterpret the act as cannibalism.

In fact, to a Roman, the central reason for the Christian gatherings was seen as participating in cannibalism. In Minucius Felix’s Octavius (written sometime in the second or early-third century AD), we gain a glimpse of the wild accusations of cannibalism being levied at Christians:

Now the story about the initiation of young novices is as much to be detested as it is well known. An infant covered over with meal, that it may deceive the unwary, is placed before him who is to be stained with their rites: this infant is slain by the young pupil, who has been urged on as if to harmless blows on the surface of the meal, with dark and secret wounds. Thirstily – O horror! they lick up its blood; eagerly they divide its limbs. By this victim they are pledged together; with this consciousness of wickedness they are covenanted to mutual silence.

It is important to understand these stories about the Christian gatherings are not actual descriptions. Christians did not sacrifice babies. That is, these stories are merely propaganda against Christians which developed as a consequence of what the Romans heard about the Christian gatherings. As Joe Heschmeyer has rightly pointed out, Felix seems to have gotten the details of the Nativity (Christmas story) and the Eucharist mixed together. This is itself significant. The birth of Christ took place in Bethlehem which meant “House of Bread” in Hebrew and “House of Meat” in Arabic), and in the Gospel narratives, the infant Christ is placed in a manger, which is a food trough. Jesus’ flesh is thus the Bread which is “divided” among the people and upon which Christians feed. The Romans also note the Christians are “pledged together” by this victim, which would naturally develop from the Church’s understanding that participation in the Eucharist unites Christians mystically into the Body of Christ. Thus, the Romans were inadvertently right in seeing a connection between the Nativity and Eucharist, even if they screwed up the details.

So if the Christians were being accused of cannibalism, how did they respond? Justin Martyr dealt with several of the accusations against Christians in his First Apology (written circa 150 A.D.) which was addressed to the Roman Emperor Antoninus Pius. Debunking them clearly and thoroughly. He answers the charge of atheism and child sacrifice. However, he does not answer the charge of cannibalism which is strange considering an audience with the Emperor is the perfect time to respond to this charge (especially if it is merely a symbol). Instead, Justin affirms the reality of Christ in the Eucharist while describing the second-century Christian gatherings:

And this food is called among us Εὐχαριστία [the Eucharist]… For not as common bread and common drink do we receive these; but in like manner as Jesus Christ our Saviour, having been made flesh by the Word of God, had both flesh and blood for our salvation, so likewise have we been taught that the food which is blessed by the prayer of His word, and from which our blood and flesh by transmutation are nourished, is the flesh and blood of that Jesus who was made flesh. For the apostles, in the memoirs composed by them, which are called Gospels, have thus delivered unto us what was enjoined upon them; that Jesus took bread, and when He had given thanks, said, “This do in remembrance of Me, this is My body;” and that, after the same manner, having taken the cup and given thanks, He said, “This is My blood;” and gave it to them alone.

In his Plea for the Christians (written circa. 176 AD) Athenagoras addresses the charge of cannibalism in a letter addressed to the Roman Emperor Marcus Aurelius Antoninus. That is, he argues Christians are not cannibals because cannibalism requires that the flesh of the victim be dead. He simply observes: “….you cannot eat human flesh unless you have killed someone.” Christians are therefore not cannibals because the flesh of Christ which is consumed is not dead flesh, but the Resurrected and fully alive flesh of Christ’s glorified body which is given to them by Christ Himself.

These two were not alone. The Christians of the first, second, and third century were in the habit of apologetics, as they pleaded with the Roman Empire to not unjustly persecute them. However, they never wavered in their affirming they consumed the Flesh and Blood of Christ in the Eucharist. If they merely believed the Eucharist was just a symbol of Christ’s Body and Blood they would have leapt at the opportunity to correct the errors of their persecutors. Yet they—like Christ in John 6—doubled down on their affirmation that they “eat His Flesh and drink His Blood.”

So, why is this important? I have found all Christians desire to share the faith of the first Christians. It is a good and true desire, which comes from our Lord. Christianity is a historical religion. It is dependent upon the fact that Christ entered into human history and was truly “crucified under Pontius Pilate and rose again on the third day.” It is also a matter of history that these early Christians were taught by the apostles themselves, and as Christ promised were “led into all truth” by the Holy Spirit (John 16:13). The Holy Spirit does not fall asleep and allow the gates of hell to overcome the Church (Matthew 16:16-19). So we should want to share the faith of the earliest Christians and this faith contained a belief in the Real Presence of Christ in the Eucharist, which was easily mistaken for cannibalism. Therefore, if your beliefs about Communion are not easily mistaken for cannibalism, it is a sign you have departed from the faith of the early Christians and you should do everything in your power to return to it.

Here are a few resources for those interested in learning more about the Eucharist, the greatest gift God has ever given humanity:

(1) Why the Eucharist is not cannibalism: 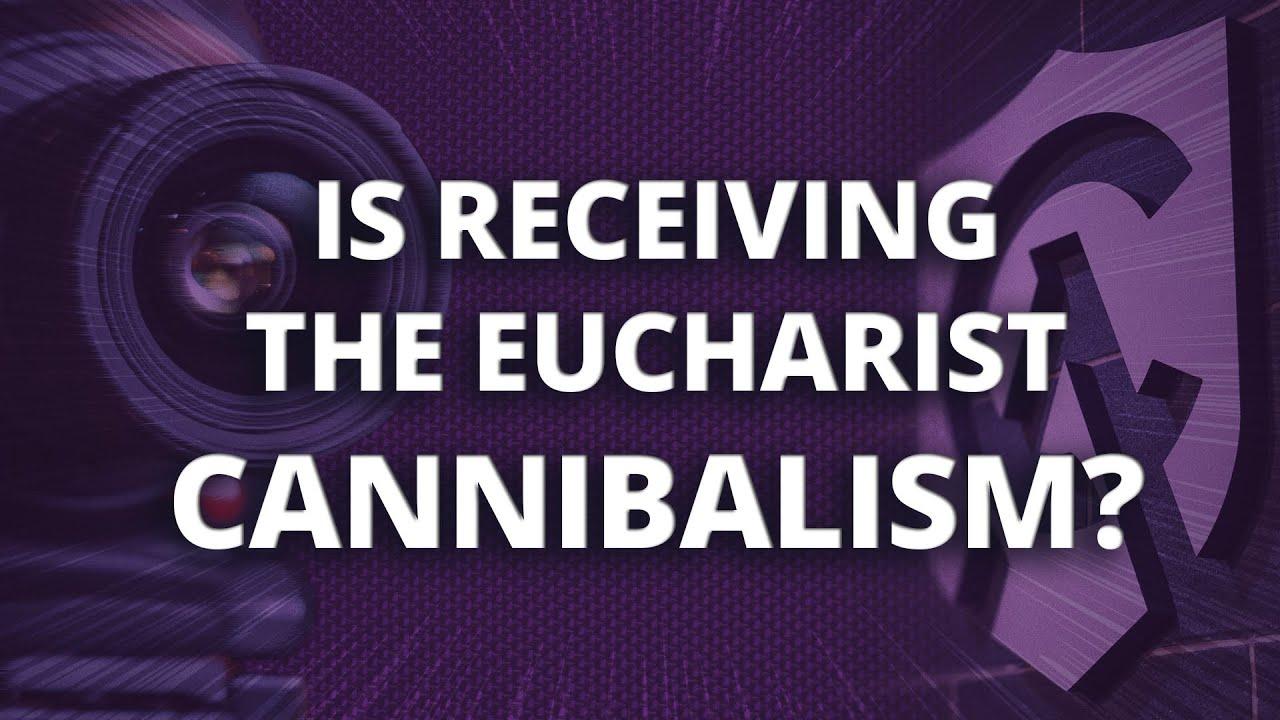 (3) Presence (A Production About the Eucharist): 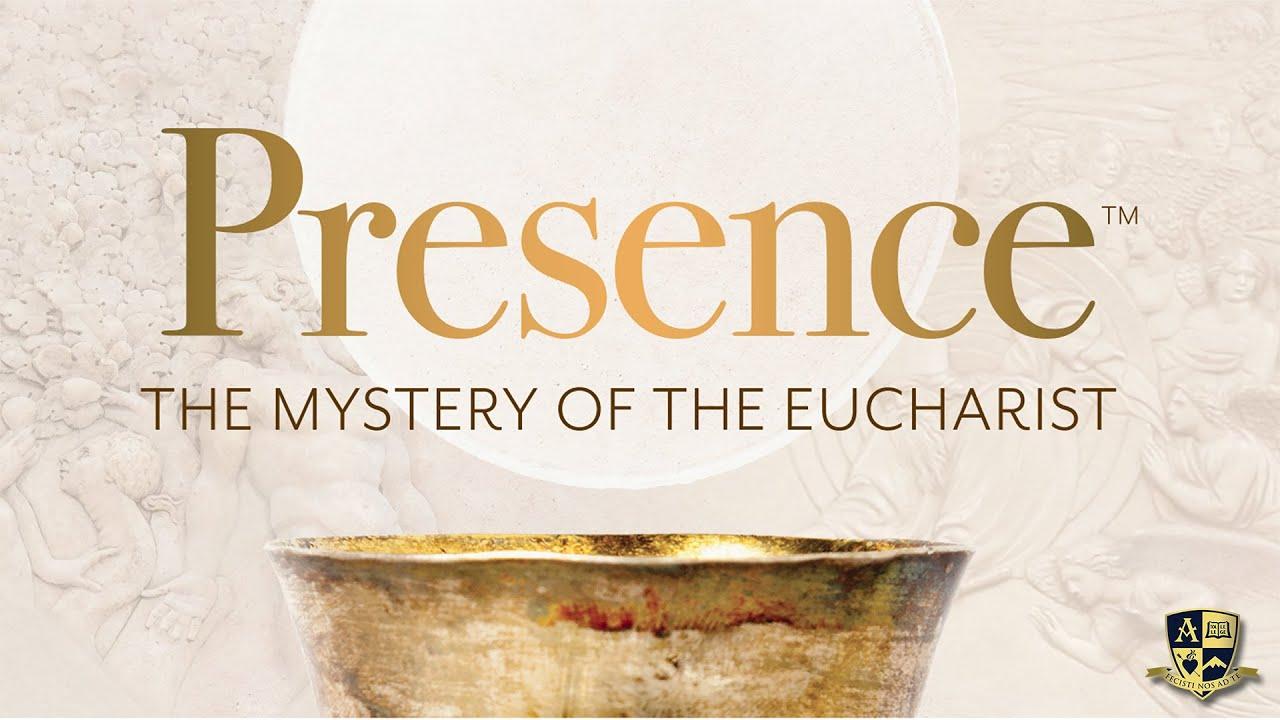 The BEST book on the topic: