By Mary Ryan, Director of Operations

One thing we have decided to try here on Clarifying Catholicism is to share papers that we have written and think are worthwhile of sharing. This is an exegesis on eschatology that I wrote for a theology class last year. To cite properly, it was TRS 201 under the direction of Professor Budiash. Eschatology is fascinating and I highly recommend reading more on the different topics it presents.

1) A Brief Exegesis of Eschatology

Eschatology is a branch of theology that concerns the end times. This includes the final judgement, death, and life after death. What happens to the human soul after death? Can humans change the destiny of their souls through their actions on earth? This can all be examined and understood through the study of eschatology.

A perplexing question that eschatology struggles to answer is that of whether or not there is life after death? It seems that a person could never be sure, considering that nobody has fully died and lived to tell the tale, other than Jesus Christ. The Catholic Church teaches that yes, there indeed is life after death. Catholics confess in the Nicene Creed that they “look forward to the resurrection of the dead and the life of the world to come.” In the Apostle’s Creed, Catholics also confess that they believe that Jesus will “come to judge the living and the dead” and that they “believe in…the resurrection of the body and life everlasting.” This is explained by the belief that the human body is mortal, while the human soul is immortal. At the final judgement, God will judge each soul and either welcome them into eternal life in Heaven or condemn them to Hell. This is the final judgement of souls after death. But one might ask what distinguishes this from the final judgement after the world dies. Catholics “look forward” to the end times, when they believe that the dead will rise and eternal life will come for all who are right with God because they have followed the teachings of God and know of all He has promised to humankind. They believe that the souls of those who have been welcomed into eternal life with God in Heaven will be reunited with their earthly bodies, but in their most beautiful and perfect form. The dead will rise, and everyone still living on earth will be judged as either condemned or welcomed by God.

Considering all of this, the question can be posed that, if the Catholic faith is right, what would then happen concerning people who do not know the will of God, or to those who believe that a different religion, perhaps opposing Catholicism, is the truth, having grown up knowing nothing else. The answer can be found in Romans 2:13, where St. Paul says, “For it is not those who hear the law who are just in the sight of God; rather, those who observe the law will be justified” (Romans 2:13). What Paul means here is that just because someone hears the word of God does not mean that they live it out through their actions and words. In contrast, just because someone does not hear the word of God also does not mean that they cannot live His divine teachings out through their actions and words. God judges by an “interior law” (Romans 2:11). He “will repay everyone according to his works: eternal life to those who seek glory, honor, and immortality through perseverance in good works, but wrath and fury to those who selfishly disobey the truth and obey wickedness” (Romans 2:6). Therefore, if someone does not hear the word of God, but still acts according to the will of God and has a rightly ordered soul, they will be saved. If, however, someone hears the word of God and does not act according to His will, has a disordered soul, or acts without virtue and chooses self over God, whether knowing it or not, they will be condemned. God created humans out of love and to love. Why else would He have created people? He has no need for us. God lacks nothing, but, in His goodness, desires all love. God created everything the way He did purely to share His love, which is made known in that He gave His Only Son to die on the cross for the salvation of creation. He sincerely longs for us to be in Heaven, eternal paradise, with Him. In order for someone to not enter into Heaven after death, they must sincerely desire him or herself or another worldly thing more than God. Lucifer fell because he chose himself over God, and humans will also fall if we do the same. The final judgement is when one’s love will be measured and it should therefore not be feared. 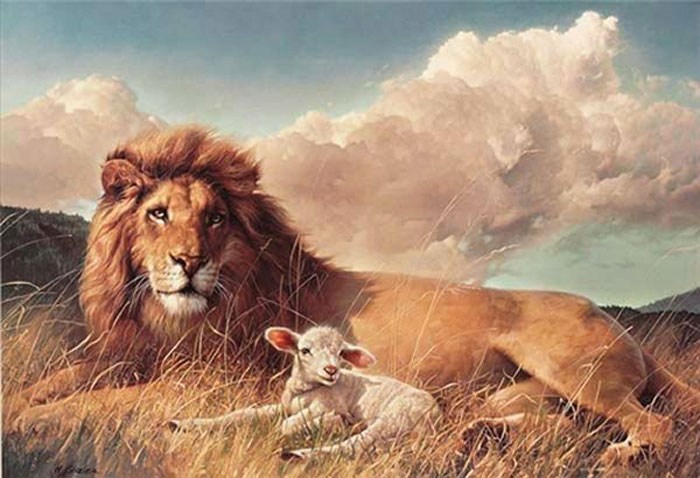