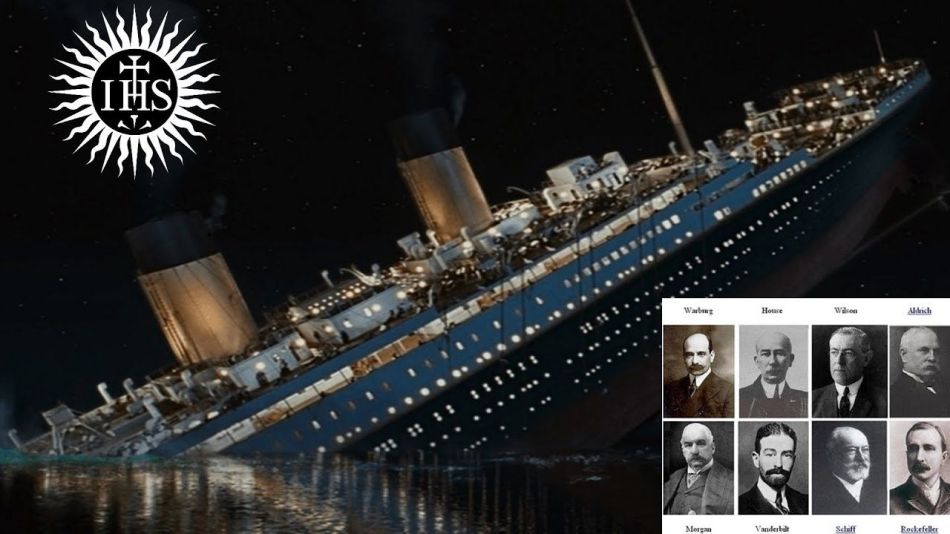 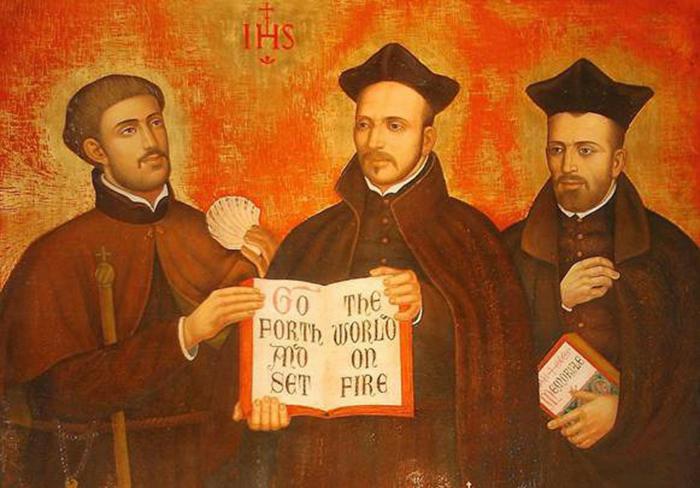 The Jesuits, short for the Society of Jesus, are a worldwide conspiracy of priests and brothers, have been secretly directing the tides of history since they were founded by Ignatius of Loyola in 1534. Always trying to increase the wealth and power of their order, they have founded hundreds of schools, ostensibly to provide a strong Catholic education, often as a missionary presence, but really to train and indoctrinate politicians, popes, and polymaths who secretly orchestrate wars, elections, and coups to suit their nefarious ends.

At least, so say the conspiracy theorists, who for centuries have been blaming the Jesuits for most every calamity, including World War I, the assassination of Abraham Lincoln, and my personal favorite, the sinking of the Titanic. The theory goes that a group of wealthy bankers including J.P. Morgan, who of course is secretly a Jesuit, wanted to found the American Federal Reserve bank to facilitate the accumulation of wealth for the Catholic Church and to fund the world war that would soon be started by the Jesuits. They needed a way to overcome Benjamin Guggenheim, Isidore Straus, and John Jacob Astor, three influential men who allegedly opposed the reserve. Naturally, the craftiest secret order in the world decided that the most effective, efficient, and untraceable method was to wait two years for the Titanic to be completed, arrange for the men to board the ship, and order the captain (a Jesuit agent) to sink the ship. (Paraphrased from “Titanic or Olympic: The Truth Behind the Conspiracy, by Steve Hall who describes the Jesuit theory as “completely ridiculous.”)

The Titanic theory may be harmlessly ridiculous, but anti-Jesuit rhetoric has been accepted by some powerful figures, including founding fathers Thomas Jefferson and John Adams, and Russian author Fyodor Dostoevsky, creator of the Grand Inquisitor, a Jesuit character so evil that he planned to burn Jesus Christ at the stake. Paranoia about Jesuit overlords secretly manipulating the world was tied to Protestant distrust of hierarchical religion in general, but more recently suspicion and stereotypes of the Jesuits has been arising even in Catholic circles. The Jesuits are well aware of their reputation, and with typical self-deprecating wit, have compiled many jokes about their holy order. Below are the most common gripes against the Jesuits, illustrated by a joke, followed by the truth behind the exaggeration.

The Gripe: The Jesuits are sneaky devils who twist words to get their way. 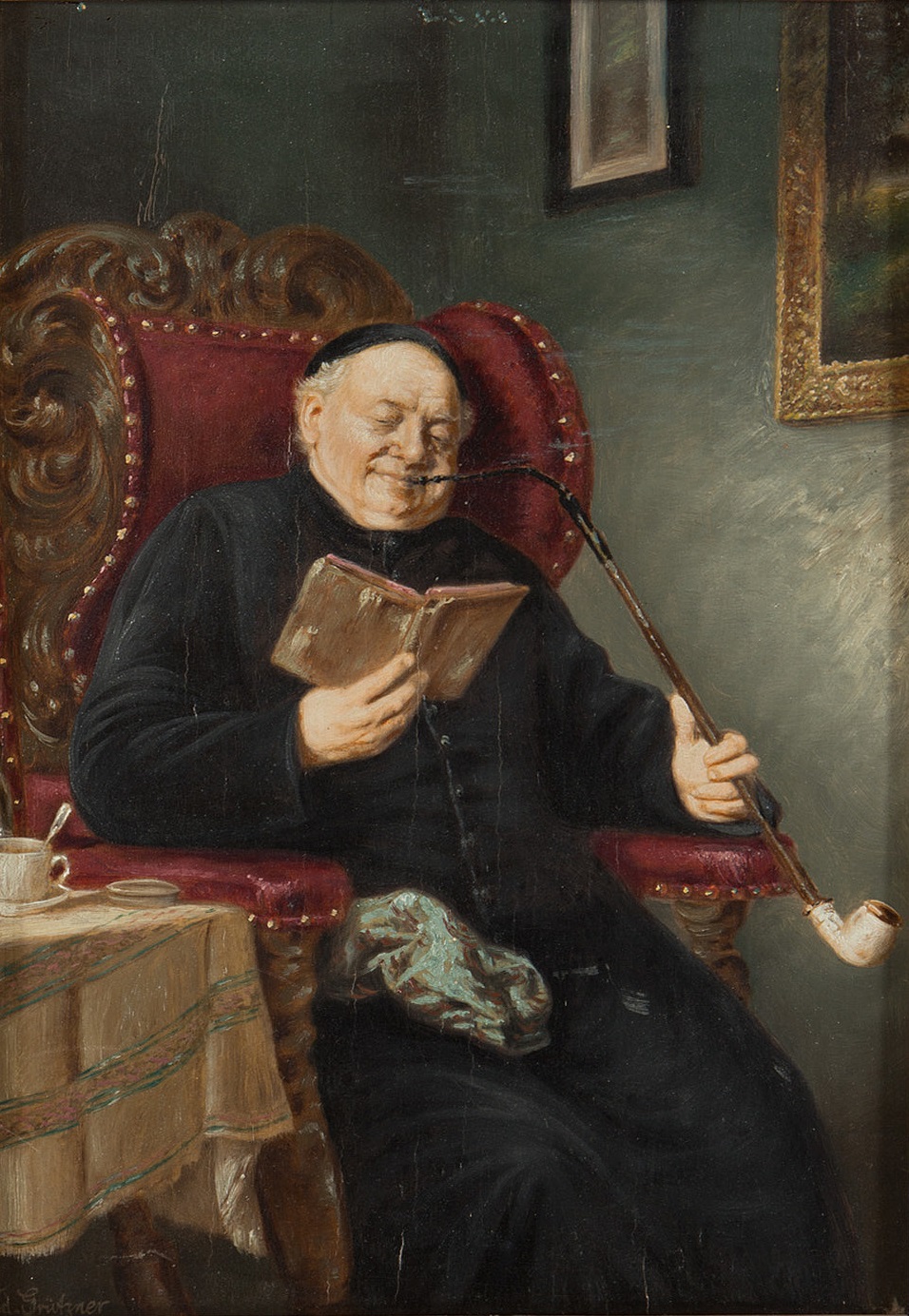 The Joke: A Franciscan and a Jesuit were friends. They were both smokers who found it difficult to pray for a long period of time without having a cigarette. They decided to go to their superiors and ask permission to smoke. When they met again, the Franciscan was downcast. “I asked my superior if I could smoke while I pray and he said ‘no.’” The Jesuit smiled. “I asked if I could pray while I smoke. He said ‘of course.’”

The Truth: Jesuits are indeed a clever bunch. Their reputation for equivocation came from their use of casuistry, a method of moral philosophy that looks at individual cases rather than broad principles. It got a bad rap in the 17th century because if used improperly, casuistry can be employed to justify almost anything. But if used correctly, it can be a powerful way to respond to new and unique situations when it’s difficult to tell how existing moral principles apply.

The Gripe: Jesuits don’t take their vow of poverty seriously 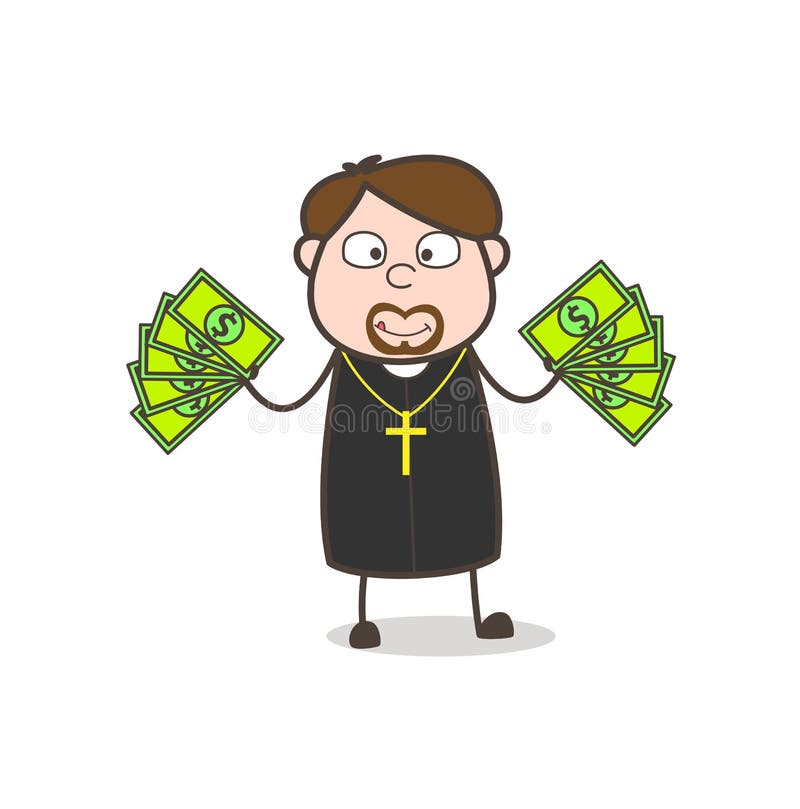 The Joke: One day a pastor was visiting the home of parishioners who had a teenage son. The parents were worried about what career their son would choose, so the pastor said he had a simple test that could predict what would become of him. He would put three objects on a table and let the young man choose whichever one he wanted to have: a Bible, a wallet, or a bottle of scotch. If the boy chose the Bible, he would become a priest; if he chose the wallet, he’d be a banker; and if he chose the bottle, he’d become a worthless drunk. So the parents called their son into the room, and the pastor told him he could have whichever object he wished. When the boy promptly picked up all three, the pastor cried out, “Mary, Jesus and Joseph! He’s going to be a Jesuit!”

The Truth: The Jesuits strive to be “in the world but not of the world.” Ignatius believed that all created things were given by God to be used for God’s glory. To that end, money, education, clothes, and even scotch could be used for God’s glory. I know a Jesuit who went to all the fancy dinners and wore nice clothes to meet with upper-crust donors, but he sleeps on a mat on his floor. He explained that as a Jesuit he needed to be free to do what his ministry demanded, whether that meant enjoying a dessert with the president of the university or living in a double-wide trailer on a reservation. It’s true that many Jesuits could and should do much better to live in solidarity with the poor, but many certainly do a lot of good with the wealth entrusted to them.

The Gripe: Jesuits are unpious, unorthodox, and uncaring about the traditions of the Church.

The Joke: There are three things that even God does not know about the Church: 1. Who thought it was a good idea to change the name of the highest theology degree from Sacrae Theologiae Professor (STP) to Sacrae Theologiae Doctor (STD)  2. Why it’s physically impossible for any artist to paint a normal looking baby Jesus in icons. 3.What the Jesuits really think and what they are going to do next.

The Truth: Jesuits are a diverse group of fellows, and their involvement with modern universities means they are often on the cutting edge of new ideas and issues. The Jesuit way of life encourages curiosity and freethinking, which sometimes lands Jesuits on the wrong end of these issues, as was the case with liberation theology in the eyes of Pope John Paul II. Whether you see Jesuit’s actions at the frontiers of thought as good or bad often depends on whether you tend to be more liberal or conservative, but it’s important to note that Jesuits are a large order, big enough to hold many ideologies. Some of the theologians whose orthodoxy is most called into question, like Fr. James Martin S.J. and Fr. Jon Sobrino S.J. are Jesuits, but so are many staunchly orthodox thinkers like Avery Dulles S.J. and Fr. Mitch Pacwa. S.J. Finally, it’s worth noting that Jesuit theologians, especially Karl Rahner, played a major role in establishing orthodoxy in the Vatican II era. The Truth: the Jesuits have a lot to be proud of. They are the largest men’s order in the Catholic Church, they’ve been going strong for 450 years, and they have 51 Saints and 150 blesseds among their ranks in heaven. Jesuits still on earth are priests and brothers, but also astronomers, missionaries, physicists, theologians, philosophers, professors, doctors, lawyers and writers, and now a pope! That being said, many Jesuits could learn a thing or two about humility from their founder, St. Ignatius. When it was time to choose the superior general for the Jesuit order Ignatius had just founded, he refused to take the position of leadership until every other member of his new order unanimously chose him.

For more about the Jesuits, or for more Jesuit jokes, try The Ignatian Spirituality Blog https://www.ignatianspirituality.com/dotmagis-blog/more-jesuit-jokes/, or any of many other websites made by Jesuits dedicated to poking fun at themselves.

7 comments on “The Jesuits Sank the Titanic? Five Jesuit Shenanigans”