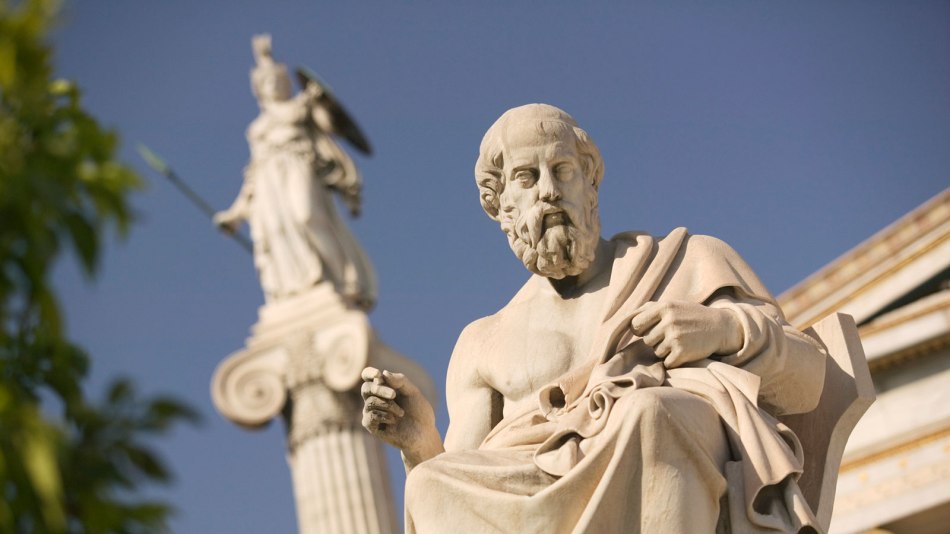 The following was a college essay written by Marcus Leong. If you have a Theology essay that you would like published that received a grade of an A- or higher, please be sure to contact us.

by Marcus Leong, The Catholic University of America

In book III of Plato’s Republic, Socrates and Glaucon discuss about how they could devise a “noble falsehood that would, in the best case, persuade even the rulers, but if that’s not possible, then the others in the city” (Plato 414c). This noble falsehood is commonly known as “the myth of the metals”. In this paper, I will first present a brief summary of the myth. Through close textual analysis, I will then present the main themes and concepts of the myth; this I will do by also reading the myth in light of Plato’s theory of the tripartite soul. Finally, I will present the relevance of the myth of the metals to vocation discernment for Catholics.

The myth of the metals is divided into two parts. In the first part, the citizens will be told that their upbringing and education were at that time really being fashioned inside mother earth. When the work was completed, mother earth delivered them up into the world. Therefore, they must care for the earth and the other citizens as their mother and brothers. In the second part, the citizens will be told that the god who made them mixed in them a metal. He mixed gold into those equipped to be rulers, silver in the auxiliaries and iron or bronze into farmers or other craftsmen. If an iron/bronze-natured child is born to some silver or golden-natured parents, the child needs to be taken away from his parents to his corresponding class. If a golden-natured child is born to iron or silver parents, the child will be again separated from his natural family and promoted to become a ruler (414d – 415c). Socrates then gives 5 rules for the way that the rulers should live:

a) “they cannot possess private property beyond the necessary minimum;

b) their houses and storerooms must be open to public inspection at all times;

c) they will be given the same level of sustenance as is given to the soldier athletes” as a salary for their guardianship;

d) “they’ll live together and have meals in common, like soldiers on a campaign;

e) they alone will not be allowed to touch gold or silver, or even be under the same roof with it.” (Ionescu, Republic 5)

In the first part of the myth, I believe that by telling them that they, and their upbringing and education given to them, along with the experiences that went with them were really being nurtured inside the earth until the earth delivered them up into the world, Socrates wishes to persuade the citizens of the city, in particular the guardians, to not become pretentious in attributing the skills and abilities that they currently have to be a result of their own personal effort. All the abilities and crafts that they currently possess were given to them by an external source, and they were also delivered into the world by this same external source. They should therefore be grateful for this and fulfill the purpose which they were nurtured and delivered into the world to fulfill. This external source is also their mother and is the common source for all the citizens. They are therefore a unified community and should work together towards defending their mother and their fellow brothers.

In the second part of the myth, we see a continuation of the theme found in the first part. By telling the citizens that there is a nature that they are born with, either gold, silver, iron or bronze, it is likely that Socrates wishes to persuade the citizens to be grateful for what is given to them. Those with golden and silver natures are not to boast and attribute their natures to be their personal accomplishment, neither should those who are given iron or bronze natures think that they are such as a result of a lack of personal effort. Everything you have is given by the god who made you. Be grateful. Nothing that you have is rightfully yours. Fulfill the purpose you were made to fulfill. If it is to be a ruler, then be a good ruler; if it is to be an auxiliary, then be a good auxiliary; if a farmer then be a good farmer. Accept your life and your nature as a gift from the god who made you.

Reading the myth of the metals in light of the theory of the tripartite soul, we can infer that the different metals represent the excelling of a particular part of the soul. Iron/bronze represents the excelling of the appetitive part of the soul, silver represents the excelling of the spirited part and gold represents the excelling of the rational part. This is an important point that I believe Socrates, and hence Plato, is trying to convey: that each of us, by nature, excels in a particular one of the three parts of the human soul. Some of us excel in the appetitive part, some in the spirited part and others in the rational part. Since there is a hierarchy in the three parts of the soul, there should therefore also be a hierarchy within the citizens of the city based on the part of the soul that the citizen excels in. The golden-natured ones, those who excel in the rational part of the soul, would be rulers; the silver-natured, those who excel in the spirited part, auxiliaries; the iron/bronze-natured, those who excel in the appetitive part, craftsmen. The auxiliaries are superior to the craftsmen and the rulers superior to both the auxiliaries and craftsmen. This point of relative superiority is shown clearly in the myth when Socrates said that those who are equipped to rule are the “most valuable” (415a), and that those found to have a mixture of gold or silver will be honored and taken up to join the guardians or the auxiliaries (415c).

I have shown thus far, the various concepts and themes present in the myth of the metals. Through telling the citizens this myth, Socrates wishes to inspire within them a sense of community, family love, altruism, patriotism, gratitude towards God, and obedience in fulfilling the purpose and mission given to them by God. He also wishes to make them believe that they are born with a specific nature based on the part of the soul that they excel in. Since the tripartite human soul is hierarchical, human society too should be hierarchical. They will flourish if they live according to that nature; if they do not, disaster will ensue. These are themes and concepts that I wholeheartedly agree with and which I think is incredibly relevant for any Catholic such as myself who is seeking to find his vocation. Catholics believe that our primary vocation, first of all, is holiness. God created each and everyone of us to be holy – to become like Jesus Christ. We are all called to live a life of service for the church, to always be grateful to God for our lives, and to be obedient in fulfilling the purpose and mission given to us by God. Our secondary vocation is the sense in which we usually use the word “vocation”. The three possible vocations for a Catholic man, moving from the most perfect life to the least perfect life are: consecrated religious life, priesthood and lay vocation (marriage or single life) (Brennan 53-54). Catholics believe that our secondary vocation has already been pre-determined by God, we just need to discern what that vocation is. Like Plato’s ideal city, the church too has a hierarchy. Priests are ontologically superior to laymen and the consecrated religious are ontologically superior to both priests and laymen. Like the rulers in Plato’s city, there are strict rules that the consecrated religious have to live by. “The consecrated religious life involves the radical commitment to live the Evangelical Counsels of poverty, chastity and obedience” (Brennan 54).

For a Catholic man discerning if it is his vocation to become a consecrated religious, I firmly believe that he should do the best that he can, in his current state of life, to live a life of poverty, chastity and obedience. If he is not yet able to enter into religious life and is still a student or a working adult, he should pray the divine office, go for daily Mass and pray the rosary daily. He should mortify himself by eating only the amount of food that his body requires to remain functionable, wear only simple and modest clothes that do not draw attention to himself and keep his distance from women, especially from those he feels attracted to. He should act like a religious in his social interactions and not have any affection for others that is extraneous to charity. He should listen to God intently and be obedient to the promptings of the Holy Spirit in his heart. If he does these for a considerable amount of time and feels peace and harmony in his soul, then he is golden-natured and called to become a consecrated religious.

Ionescu, Doina Cristina. Republic 5: The City of the true Guardians; The Noble Lie and Civic Virtues in the City

0 comments on “Vocational Discernment and The Myth of the Metals”