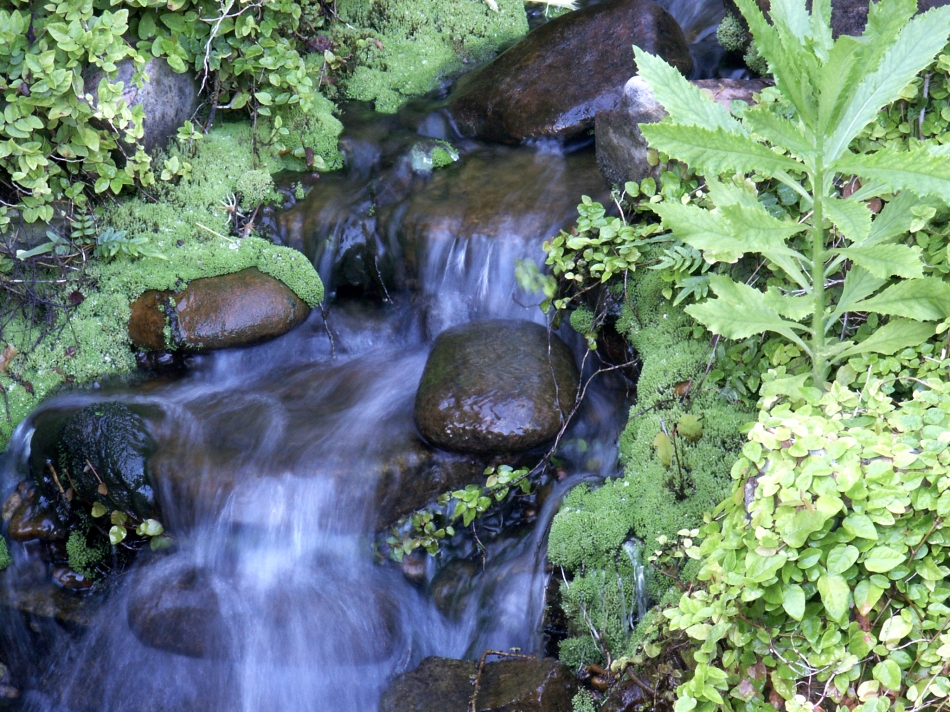 The following was a college essay written by Lizzie Self. It has been edited and approved by Zachary Maher. If you have a Theology essay that you would like published that received a grade of an A- or higher, please be sure to contact us.

By Lizzie Self, University of Notre Dame

St. Teresa of Avila, a Carmelite nun, reveals the human body to be Christ’s chosen dwelling place for the mystical union of the soul with Him. Our bodies are not a temporary vessel, but the soil God chooses to plant Paradise. Garden imagery used by St. Teresa in The Book of Her Life and by John Milton in his epic Paradise Lost illustrates and deepens our understanding of the soul’s relationship with God. The theme of laboring in a garden, present in both texts, invites us to consider labor as fundamentally humane and particularly edifying for our union with Christ. For Milton and St. Teresa, there is no paradise free of work, both emphasizing Christ’s humanity as a revelation of the importance of work. Further, the work of St. Teresa’s prayer and the First Humans’ gardening of Eden showcase the physical effort necessary to manifest the spiritual nature present in humanity. Thus, the work of a Christian ultimately yields joyful communion with God, as in the garden of the soul or Garden of Eden.

According to St. Teresa of Avila, the soul is a garden God wants to dwell in. Our labor is thereby a preparation for Him; “we must strive like good gardeners to get these plants to grow and take pains to water them so that they… provide refreshment for this Lord of ours” (The Book of Her Life 11.6). St. Teresa compares the particular work of prayer, which prepares the soul for union with God, to watering a garden. Hauling water from a well, operating aqueducts, and guiding rivers is wearisome and mundane work, but so is prayer, especially in spiritual dryness. As the faithful soul learns to focus on her purpose without being distracted by the senses, the labor becomes easier. Increasing “glory and consolation” are offered to the soul, St. Teresa says, as the soul fights to concentrate on God. His rewards for efforts in prayer are so generous that for the diligent, “prayer is not experienced as work but as glory” (The Book of Her Life 18.1). The experience becomes superhuman as communion with God is made more perfect.

It is in this process of perfection the burdensome work of prayer lightens. It is also in such a process the soul notices in the highest “degrees of prayer the greatest thing is enjoying” (The Book of Her Life 11.5). Once the initial work has been put into the garden, we can enjoy it with God. All distractions have been properly ordered or forgotten altogether. This allows for a new kind of prayer—it is really a “sleep of the faculties: the faculties neither fail entirely to function nor understand how they function. The consolation, the sweetness, and the delight are incomparably greater than that experienced in the previous prayer” (The Book of Her Life 16.1). The soul naturally depends less on her faculties at this stage of prayer because she hungers for relationship with God more than knowledge. For St. Teresa, prayer is an “intimate sharing between friends” and the garden image is particularly useful for imagining what it is like for the soul to take “time frequently to be alone with Him who knows and loves us” (The Book of Her Life 8.5). The foundation—beginner’s prayer—must be laid in order for the telos of Carmelite mysticism, union with God, to be enjoyed. In this final state, Mysticism Proper, one experiences the fullness of spiritual life: contentment itself.

The laborious ascent in Carmelite spirituality toward mystical union is not unlike the path of refinement available to Adam and Eve in Paradise Lost; they also have to cooperate with God to enjoy Eden. First, this Garden is much like St. Teresa’s. In his creation account in Paradise Lost, Milton’s description of Earth parallels Teresa’s depiction of the soul; on the third day, God covers the land with rich vegetation: “Earth now/ Seemed like to Heav’n, a seat where gods might dwell,/ Or wander with delight” (Milton7.328-329). As for Adam and Eve’s enjoyment of the Garden of Eden, Milton writes in Book 7, lines 157-161:

Like St. Teresa, Milton suggests their work is good, but it can become better. Similarly, Adam and Eve are created good, but they can participate more perfectly in God’s work. Progression in merit requires their faculties to be oriented toward God and obediently used.

This labor is unique to human beings; even angels don’t get to participate in it because they lack physicality. Due to the Mystery of the Incarnation, the struggle against the sleeping of our faculties is something we, as humans, share with Christ. Christ Himself experiences every human temptation, pain, and desire. What is good enough for Him is good enough for us. Milton’s Adam, observing the soul’s tendency toward distraction and wanting to rise above mundanity, realizes “that which before us lies in daily life” is actually the real matter of existence (Milton7.193). Our daily duties consist of the struggle against complacency. Adam seeks not only perfection, but higher knowledge. Hoping to enjoy greater glory or a more gratifying occupation, he returns to this truth: his manual labor in the Garden is the work God requires. It is not undignified because it is physical, just as he is not insignificant because he is less angelic than other beings in Eden.

Angelic perfection is the goal of labor in both Milton’s Garden of Eden and St. Teresa’s garden of the soul. The difference between the physical versus spiritual sense of work—Eden requiring more hands-on, physical labor than prayer—is not necessarily a point of contention between the two texts. In both Paradise Lost and The Book of Her Life, work is given as a gift to human beings, and prayer cannot be said to be objectively easier than manual labor, or vice versa. Both require willing and energetic cooperation with God and physical and spiritual order. The obstacles the physical world poses to our concentration do not apply only to manual labor, just as more metaphysical considerations—such as desire for knowledge—do not apply only to spiritual labor.

For both St. Teresa and Milton, the “prime wisdom” is our dynamic, active participation in the will of God—not lofty ambitions, but daily duties (Milton 8.194). To appreciate the dignity of this work, we have to understand humanity is good, albeit fallen, in both the physical and spiritual aspects of its nature. We cannot reject humanity and not reject Christ; to reject one is, in fact, rejection of the other. To love Christ in His humanity means we need to welcome the difficulties of working with fellow men while accepting both their shortcomings and our own. Reconciliation of the spiritual with the physical is crucial because to “withdraw through one’s own efforts from all our good and help which is the most sacred humanity of our Lord Jesus Christ… will do harm to themselves and others” (The Interior Castle 6.7.6). A withdrawal from people and Christ means an abandonment of our soul’s work and goal.

When in Paradise Lost Adam and Eve agree upon a division of labor and work apart from each other, Milton illustrates the danger of working outside of communion. On one hand, Adam and Eve inhibit their Heaven-aimed progress by disrupting their blessed relationship, which feeds them spiritually and physically. Although division of labor is efficient, efficiency accomplishes nothing if the end is not God. Their second mistake is they seem to think there is a goal for their work which does not concern their relationship. Milton’s Eve misleads Adam by prioritizing the management of the Garden. Her thoughts are not bent on God, or even Adam; she does not look upward for help, nor does she seem to desire moving to a higher station. She falls not because she is unwilling to work but because she has forgotten the more important part—growing in relationship with him whose company she enjoys in the Garden. “Love,” Adam reminds her as he protests their separation, “is not the lowest end of human life./ For not to irksome toil, but to delight/ He made us, and delight to reason joined” (Paradise Lost 9.24-243). Delight joined with reason suggests reason will guide us to delight; it will inspire us to ascend to more perfect things. Thus, the end of work has to be remembered lest the work become disordered.

A well-kept, flourishing garden is a perfect image of a properly ordered life with God. As places of labor, the garden of the soul and Eden demand we do what God designed us to do: work and pray. Constant activity characterizes the Christian life. Much to our dismay in our most grudging and slothful moments, our God wants a dynamic relationship with us, and he “never fails to repay anyone who has taken Him for a friend” (The Book of Her Life 8.5). As we strengthen our muscles through the repetition of our duties, habitually casting off prideful thoughts and complaints, we find reason to be grateful to God for His invitation. To walk in the garden with Him and to love one another is only possible because we are not oiled machines but free and dynamic laborers. Union of our souls with Christ, our wills with His, is enjoyable, as both St. Teresa and Milton illustrate in their explorations of what it means to flourish.

St. Teresa of Avila. The Book of Her Life. Translated by Kieran Kavanaugh, O.C.D. and Otilio Rodriguez, O.C.D., Hacket Publishing, 2008.

2 comments on “Labor in the Garden: St. Teresa of Avila and John Milton”