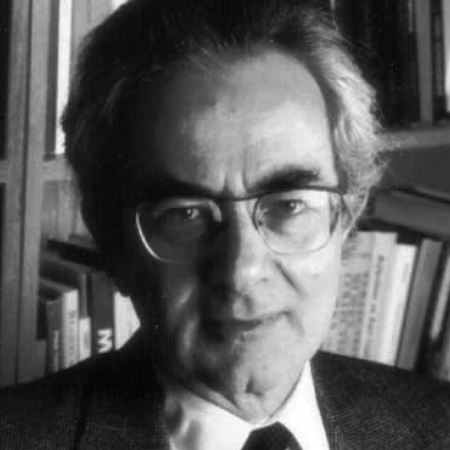 By Elizabeth Noe, The Catholic University of America

The views expressed in this article do not necessarily reflect those of Clarifying Catholicism as a whole. We encourage healthy discourse in the comments, below!

Immanuel Kant attempted to reconcile the differences between Gottfried Wihlelm Leibniz’s understanding of rationalism and David Hume’s understanding of empiricism, point out the falsities present in both philosophies, and incorporate the truths of both philosophies into his own. He walked the fine line between subjectivity and objectivity, attempting to integrate both into a coherent philosophy. Whether he accomplished this is a point of contention among many philosophers who succeeded him, but the contributions he made to modern philosophical thought cannot be overstated. What I will wrestle with in this essay is the subjective and objective aspects of experience and knowledge under Kant.

First, it is important to describe the conflict between rationalism and empiricism. According to rationalist thought, all knowledge comes from the exercise of reason. Rationalism attempts to give a completely objective, third-person view of reality – a view of the world from God’s perspective. Conversely, empiricism states that only experience can lead to knowledge. For an empiricist, it is not possible to have knowledge that is separated from the subjective state of the one having the experience.

Leibniz believed that there were basic principles which formed the axioms through which we could understand the world. These principles do not need to be confirmed by experience, because they exist as true independently of it. Thus, he was able to reach a view of the world free of perspectives in which our individual perspectives could be rationally taken into account. Leibniz established a division between substances and properties: substances were self-dependent primary objects, whereas properties were dependent on their substances. He called these substances “monads,” which were individual souls. Monads exist eternally outside of time and space, and are all different from each other. These differences, however, do not reflect on the world as it is, but rather reflect the “internal constitution” of the monads. Due to the principle of “pre-established harmony,” these properties correspond to those in other monads, and thus the world appears the same to every monad. Real substances are without phenomenal characteristics, which are found in perception. They are based in innate facts, which can be known only through reason, and are thus known to all thinking beings capable of reason.

Hume offers a view in contrast to Leibniz’s; he argued that one cannot reason without ideas, and since ideas are acquired through the senses, ultimately one cannot have knowledge that is not acquired through the senses. This implies that I can only be sure of my own experiences, and everything that I take to be true is dependent on the authority of those experiences which establish them. For Hume, “seeming’ is all that there is.” Since he reduces knowledge of the world to only one’s own experience, there is no objective world. There is no sense of causation for Hume, so reason “can never lead to knowledge of matters of fact.” Hume even brings into question the idea of the self, which is important for Leibniz and Descartes’ philosophies.

In response to Hume’s dismissal of causality in nature, Kant wrote the Critique of Pure Reason, wherein he identified issues with Leibnitz’s thoughts. Kant argues that “neither experience nor reason is alone able to provide knowledge. The first provides content without form, the second form without content.” Thus, knowledge is only possible through the synthesis of the two, and this leaves an impression upon this knowledge. Kant still argues that this knowledge is objective, and can make claims about the world independent of the subject. However, Kant argues that one cannot know the world “‘as it is in itself,’ independent of all perspective.” Accordingly, objects exist independently of my own perception of them, but “their character is given by the point of view [which Kant calls ‘possible experience’] through which they can be known.” Kant rejected Hume’s complete subjectivation of experience by establishing that “experience contains within itself the features of space, time, and causality.” Hence, our subjective experience is just “an ordered perspective on an independent world.”

Kant called this new perspective of objectivity transcendental idealism. Kant established this idea by first introducing a priori knowledge. A priori truths are known by reason alone, independent of experience. A posteriori truths can be true or false, and are based on experience. There are analytic and synthetic a priori. Analytic truths are definitions which reveal no new information about the subject of discussion. Synthetic truths reveal new information about the subject of discussion beyond its definition. Kant argued against the idea that one can have a priori knowledge of a world outside of their experience. Therefore, for Kant “there is no a priori knowledge of ‘things-in-themselves.’”

However, to determine how synthetic a priori knowledge is possible, Kant proposed the objective transcendental deduction suggesting that since I have experience, I can establish certain truths by reason alone that will hold true for all beings which can have experience. This argument forms Kant’s theory of transcendental idealism. Now arises an apparent conflict in Kant’s philosophy. He concluded that “since it is only through the synthesis of concept and intuition that judgement is formed, this attempt [pure reason] cannot produce knowledge.” Kant also said in his second and third Critiques that “we have a priori knowledge only of ‘appearances’ and not of ‘things as they are in themselves.’” Thus, there seems to be a division here as to whether we do truly know the objective world based on our subjective experience. This is more evident with the introduction of the concepts of phenomena, objects that can be known through experience, and the noumenona,  objects that can be known through reason alone. How can the noumenon be possible if, as Kant says, we can only have knowledge through the synthesis of concept, or reason, intuition, or sensation?

Here, it seems that Kant failed in his attempts to resolve the conflict between empiricism and rationalism by producing a philosophy which can walk the line of objectivity and subjectivity, and accurately describe our knowledge of the world. However, I have found an interesting essay that advocates for this confusing notion of a noumena, if only indirectly. While it does not resolve the conflict between noumena and Kant’s claims to knowledge as a synthesis of reason and sensation, it does present an argument for transcendental idealism.

Thomas Nagel wrote an essay called “What is it Like to be a Bat?” in an attempt to address some issues with reductionist philosophy. His basic argument is that there is no way for us to imagine what it is like to be a bat. He cannot imagine what it is like for him to be like a bat, much less what it would be like to actually be a bat. He means that it is not possible for us to know “how it is for the subject itself.” Nagel agrees with Kant’s ideas that experience is subjective, and that knowledge is tinted with one’s subjective perspective. He argues that a person cannot imagine what it is like to be another unlike being with perception. He even presents the dissonance between the experience of a blind person and a sighted person, who can never really communicate to each other, at least with our limited language, what it is like to be the other person. Some attempts to resolve these differences are possible in some part due to our language and shared reason, but there can never be a complete resolution. Nagel even says that “such an understanding may be permanently denied to us by the limits of our nature.” Nagel argues that we can move from subjective to more objective thinking. “Because although the concepts and ideas that we employ in thinking about the external world are initially applied from a point of view that involves our perceptual apparatus, they are used by us to refer to things beyond themselves – towards which we have the phenomenal point of view.” However, with experience itself, “if the subjective character of experience is fully comprehensible only from one point of view, then any shift to greater objectivity – that is, less attachment to a specific viewpoint – does not take us nearer to the real nature of a phenomenon: it takes us farther away from it.” Therefore, one cannot dismiss the subjectivity of perception that forms knowledge.

To further expound on this idea, take the example of a black hole. Since I am limited by my nature as a human, I will never be able to see a black hole. However, we know that they exist due to mathematical proofs and evidence of their effects in our perceptible world. We have reached a conclusion for their existence based on our reason, and the effects which we observe via our senses to form our ideas of the existence of black holes. However, this is still dealing with appearances. The things-in-themselves are a step further from this. We cannot reach things-in-themselves through our human reason or perception. We can only use negative proofs to talk about them. For example, both my roommate and I see a cup on my desk. We see the same cup on the same desk and it appears the same way to both of us, so we can discuss it with each other. Yet, the cup as a thing-in-itself might be very different than how it appears to us. However, due to the limits of our human nature, we have no way of knowing this. We can only know what we perceive or can attain through reason; objects that we perceive operate by the rules of our perceptible world. Additionally, since the world as it is knowable to another being or from a different point of view is not accessible to me due to the limits of my nature as a human being, I do not know the world as it truly is in a wholly-objective sense. Only God could have this perspective. However, that does not make my experience any less a reflection or formation of the world as it is perceivable to me. Thus, I advocate for transcendental idealism, though I do concede that it does not make sense with this idea of the synthesis of sensation and reason to form knowledge.