Fair Is Foul, and Foul is Fair: How The Distortion Of Gender Roles Leads To Chaos 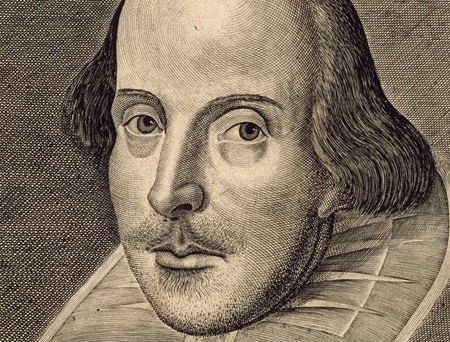 In the time period that Shakespeare wrote Macbeth, there existed many cultural constraints against women and a concept of the ideal woman that pervaded the Renaissance era. The evil and chaotic deeds committed during the play upset this idea of a woman with qualities like beauty, obedience, and silence. Also, there is a great corruption of motherhood displayed in the play, the perceived greatest of the feminine virtues. Shakespeare completely distorts the preferred image of femininity by using ugly female characters, specifically Lady Macbeth and the prophetic witches, who directly reject the so-called feminine virtues by attempting to take on opposite identities, so much so that the world around them descends into violence and chaos. Shakespeare uses Lady Macbeth and the witches to corrupt the concept of the perfect woman, and he portrays the pandemonium that ensues when the laws of nature are disturbed.

When Shakespeare wrote and performed his plays, women were expected to possess certain qualities. The perfect woman was beautiful, quiet, and demure, deferring to her husband or father to make any and all decisions for her. According to Phyllis Rakin in her study of women’s roles in Shakespeare, “Renaissance gender role definitions prescribed silence as a feminine virtue, and Renaissance sexual mythology associated the feminine with body and matter as opposed to masculine intellect and spirit.” The Renaissance period placed a great deal of emphasis on the body, and viewed women as a sexual object. Shakespeare disrupts the image of feminine beauty with hag-like witches who do not look even remotely female in their ugliness as they dance around their cauldron.

The witches serve as narrators throughout the play, providing predictions and foreshadowing what will occur. When Macbeth comes across them in the woods as he travels with Banquo, the two men are struck by their ugliness and deformities. Banquo is indeed so disturbed that he makes note of them to Macbeth: “What are these/so withered, and so wild in their attire/That look not like th’ inhabitants o’ th’ Earth/And yet are on’t?…You should be women,/And yet your beards forbid me to interpret/That you are so.” The witches provide the first hint that something is going awry in nature. Their mere appearance is enough to show that no woman should ever look the way the witches naturally do according to Renaissance standards. From their very first appearance, the witches provide a setting for the play and foreshadow that something in nature will be upset by ending the scene with the famous quote, “fair is foul, and foul is fair/hover through the fog and filthy air” (1.12-13). This disturbance continues as Lady Macbeth is later introduced and her actions reveal her to be a force of evil and chaos within the laws of nature.

Lady Macbeth, as the wife of noble Macbeth, should be the complete personification of the Renaissance ideals, but when she attempts to take on a masculine identity, her actions prove her to be otherwise. She proposes the plan to kill King Duncan to further her husband’s quest for power, and she assumes a masculine identity to assist her in denying femininity so she may become cold-blooded enough to commit murder. She calls on evil spirits to help in this task by saying “Come, you spirits/that tend on mortal thoughts, unsex me here,/and fill from the crown to the toe top-full/ of direst cruelty. Make thick my blood./Stop up th’ access and passage to remorse” (1.5). This speech reveals her willingness to banish femininity and become like a man who kills mercilessly and without remorse. This masculine behavior contradicts the standards of Renaissance feminine behavior. As she argues with Macbeth, insulting him because he is hesitant to murder, she reveals a greater distortion of femininity: that of motherhood. She says, “I have given suck, and know/how tender ‘tis to love the babe that milks me./I would, while it was smiling in my face,/have plucked my nipple from his boneless gums/and dashed the brains out” (1.7). Lady Macbeth reveals that as a mother she knows the deep love one can have for her child, yet she states she would be willing to deny all these tender feelings and kill her child. Steve Davies, in his analysis of women in Shakespeare, writes “Here is the dark side of the female image, the moon beneath the horizon, originating in the remembered helplessness of babyhood dependent on the all-powerful, hunger-filling love of a mother who may offer or abstain from offering the means of life.”As she is completely willing to distort motherhood, Lady Macbeth shows herself to be an anti-Renaissance woman, which is later more revealed in her dealings with Macbeth.

Lady Macbeth becomes the driving force behind Macbeth, providing the motivation for him to kill Duncan by insulting his manhood. She says to him, “Wouldst thou have that/Which thou esteems the ornament of life/and live a coward in thine own esteem/Letting “I dare not” wait upon “I would,”/Like the poor cat i’ th’ adage?” (1.7). This action alone is a complete denial of Renaissance ideals in which the wife is obedient and silent as she yields to her husband’s decisions. Here, the wife not only goads him but attacks his masculinity with harsh words and accusations of cowardice. As Stephanie Chamberlain analyzes of Lady Macbeth’s character, “Lady Macbeth ultimately refuses masculine authority. What she craves instead is an alternative gender identity, one which will allow her to slip free of the emotional as well as cultural constraints governing women.” Lady Macbeth does indeed break free of these cultural constraints, taking charge and orchestrating the murder, not pausing for remorse or mercy, but simply plowing on to achieve her goals. However, this complete reversal of the stereotypical gender roles lends itself to a disturbance in nature, one that will expose an atmosphere of violence and chaos.

From the very beginning of the play, as the witches declare that “fair is foul and foul is fair” (1.1), Shakespeare hints of the disturbance of nature that is about to occur. What is fair will become foul, normalcy will be replaced with chaos. As the doctor called in to treat Lady Macbeth puts it, “a great perturbation in nature” has occurred (5.1), and the chaos that ensues is revealed. Lady Macbeth wanders the castle, lost deep within her mind. This madness is caused by her  inability to possess a masculine identity to compensate for her husband’s feminine-like cowardice. According to Chamberlain, “To overcome her husband’s feminized reticence, Lady Macbeth assumes a masculinity she will prove unable to support.” She proves that a woman cannot become a man without serious consequences, in this case the loss of sanity and the violence of suicide. This violence and death are the direct result of a disturbance in nature, and depicts what happens when man ignores the law of nature and assumes he can simply bypass them.

Written in the Renaissance when there existed many cultural constraints against women and many ideals of the perfect woman, Shakespeare’s Macbeth exists to shock and disturb and to warn against fighting the laws of nature. The prediction of a disturbance is made a reality when Lady Macbeth becomes the personification of foulness in a fair being, and when the witches who are supposed to be fair women are foul creatures, not at all the picture of femininity that the Renaissance era idealized. Lady Macbeth is the opposite of a Renaissance woman, as she insults her husband, and fights against his wishes. She takes on a masculine identity to accomplish her goals, not at all considered the proper behavior of a Renaissance-era woman. However, this attempt to become masculine ends in chaos, madness, and a violent suicide. The disturbing qualities of Lady Macbeth’s end lends itself to the lesson that Shakespeare attempted to depict throughout the play, that one should not alter nature to suit one’s needs and desires because otherwise pandemonium will occur.