Hello, readers! We hope you are having a lovely Advent season and that you have a merry Christmas! Fall 2019 has proven to be by far the most successful semester of Clarifying Catholicism history, as you can see by the graph below:

To celebrate this fantastic season of content, we decided to make a top twelve list of our most popular articles from the last few months. Why top twelve? Well, I’d suggest asking God that question, since He seems to enjoy that number a good deal. Without further ado, here are our top twelve articles from Fall 2019!

12. Lex Orandi, Lex Credendi: A Solution to Our Eucharistic Crisis 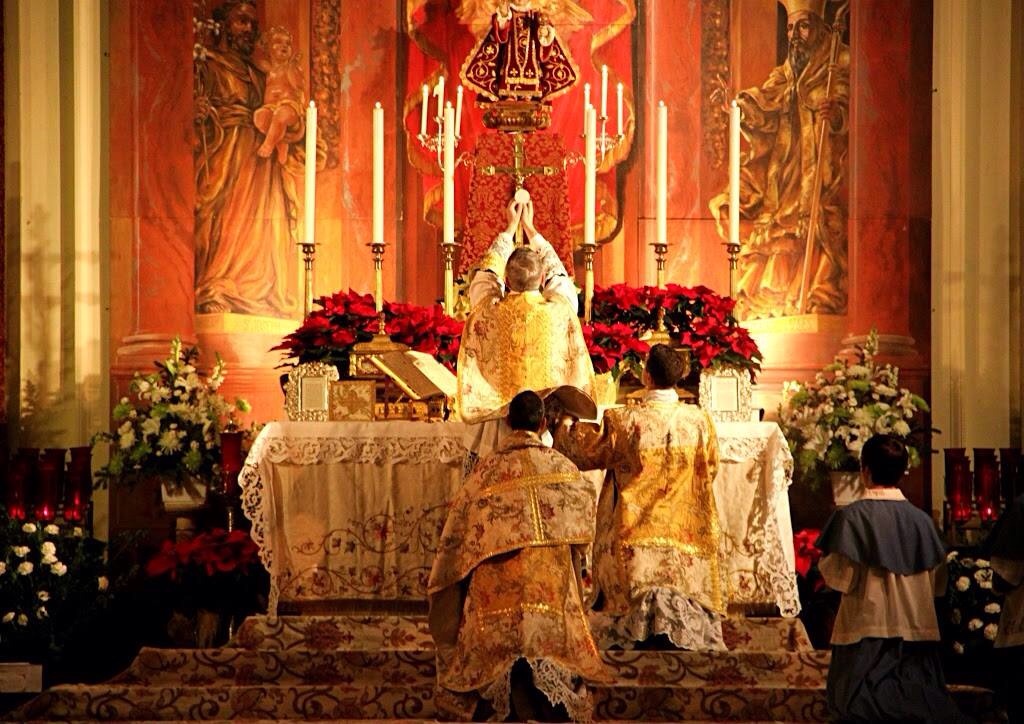 303 Views By Samuel Ng, The University of Texas at Austin
Samuel Ng addresses the crisis of a severe lack of belief in the Real Presence of Christ in the Eucharist, and he proposes some ways to increase reverence to the Blessed Sacrament.

“A recent Pew Research Center survey found that merely less than one-third (31%) of U.S. Catholics believe that “during Catholic Mass, the bread and wine actually become the body and blood of Jesus”. This belief is called transubstantiation, and it is a dogma of the Catholic Church meaning that the Catholic faithful are bound to give assent of faith to it. The Council of Trent states that ‘by the consecration of the bread and wine there takes place a change of the whole substance of the bread into the substance of the body of Christ our Lord and of the whole substance of the wine into the substance of his blood. This change the holy Catholic Church has fittingly and properly called transubstantiation’.” Continue Reading 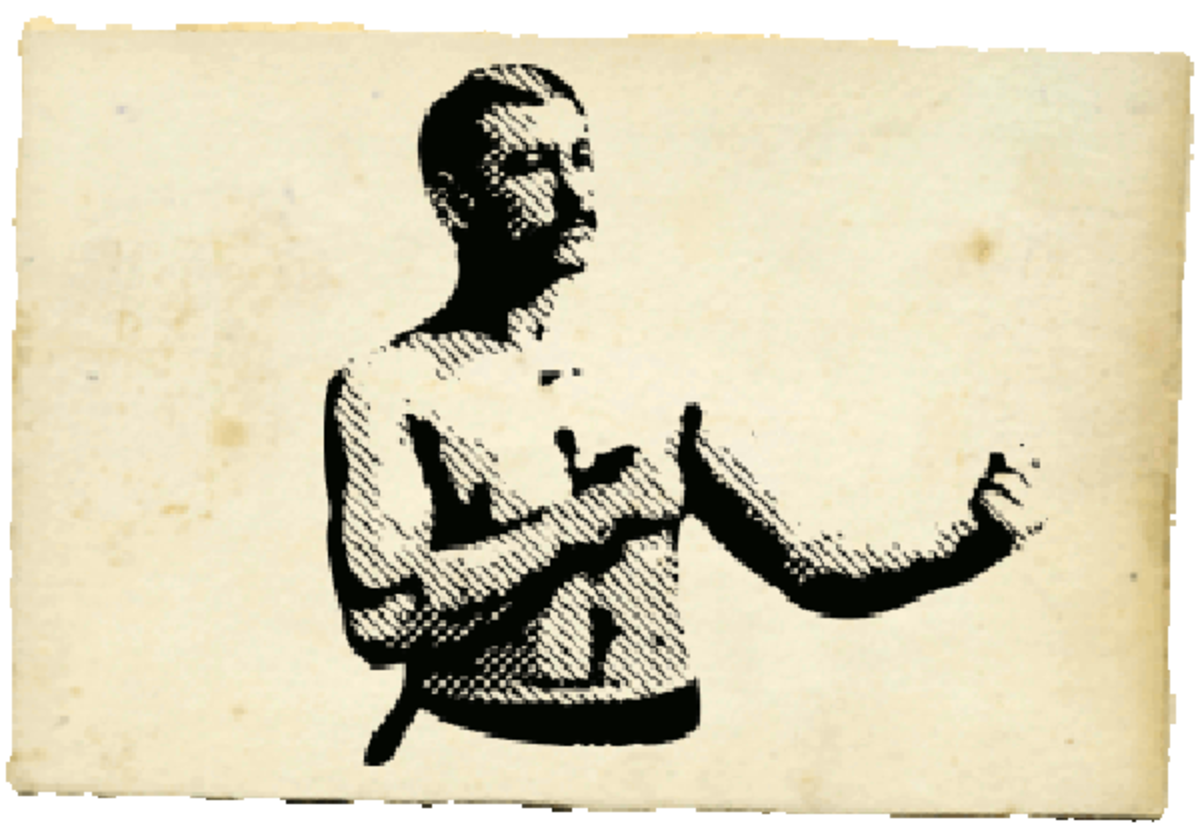 318 Views By Thomas Tighe, Benedictine College
Thomas Tighe outlines five ways to be an authentic Christian man in an age in which manliness is either frowned upon or misrepresented.

“But to be a man of God means to persevere through what is arduous. Men, with strong physiques, were made to sacrifice for others. Christ reminds us to take up our cross and follow Him, because suffering is not just one path, it is the only path to salvation and happiness. Society has taught us to seek pleasure in what is easy and to fear pain, but we must train ourselves in seeking what is good and embrace the challenges that come with it.” Continue Reading

10. The Beauty of Priestly Celibacy 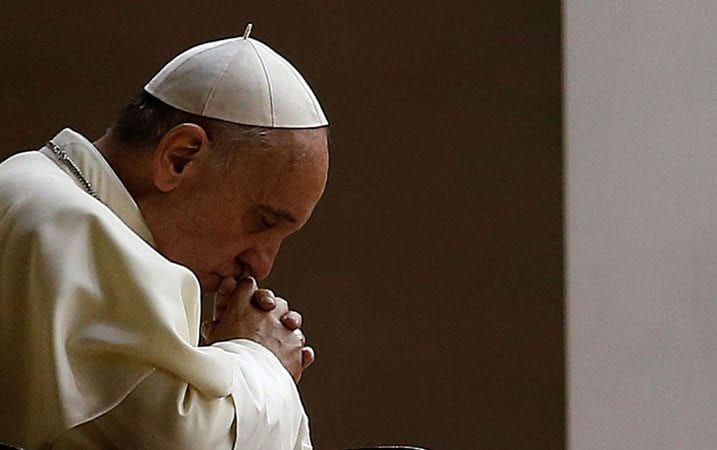 322 Views By John Hale, The University of Notre Dame
John Hale outlines the purpose of celibacy in the priesthood, and how such a discipline helps priests to become closer with Christ through the sacrifice of their sexuality.

“In His wisdom, God calls the appropriate number of men to priestly celibacy. He has an intimate plan for everyone’s life, and gently draws each individual nearer to Himself. Priestly celibacy is a beautiful gift to the Church. As members of Christ’s Body, the faithful can look to the clergy for examples of detachment. When they entrust their entire lives to Christ, priests receive His grace that allows them to fulfill their vocation. He allows them to embrace the massive Cross that is living without a family and uses their suffering to build up the Church. Through this process, the ordained experience the organic joy that comes with faithfully seeking the Lord’s will.” Continue Reading

9. A Non-Religious Examination of Abortion 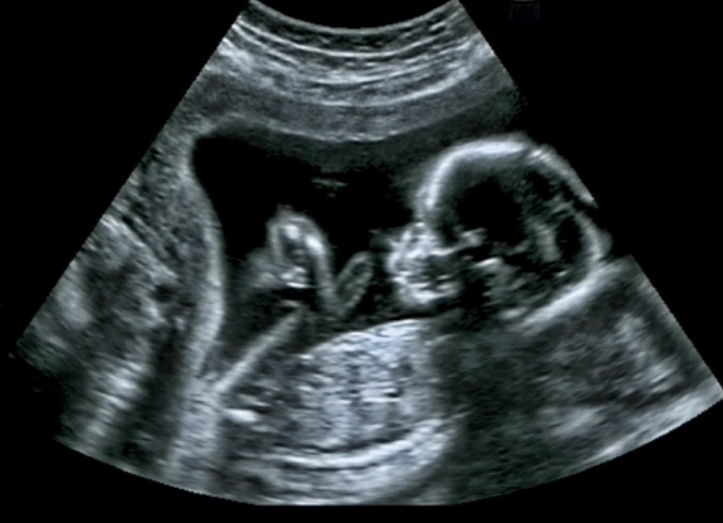 “The issue of abortion is one of the most controversial topics in the world today.  Heralded by its pro-choice supporters as progressive, pro-woman healthcare, it is opposed by the pro-life movement, which asserts that abortion is the murder of innocent unborn children.  Unfortunately, each side is expeditious in their attempts to shoot down opposing arguments, often for the reasons of being “too political” or “too religious.” This prevents society at large from addressing the countless questions surrounding the abortion controversy.  Is abortion really murder? Is it justified under certain circumstances? Is pro-life legislation unjustly restrictive? Are so-called “pro-life alternatives” such as adoption really practical in the modern world?” Continue Reading

“’That’s infallible. That’s dogmatic. That’s just what we believe. That’s the way it is. That’s what God said.’ The relationship between the institutional Church, doctrine, and dogma is difficult to explain, but knowing how we should interact with such powerful ideas is perhaps even more important than the ideas themselves; otherwise we risk going down the dangerous path of literalism and fundamentalism. In this article I will attempt to define some terms that I believe have been misunderstood, while raising awareness of a worrisome trend I’ve witnessed among many young Catholics today.” Continue Reading

7. The Holidays in Times of Grief 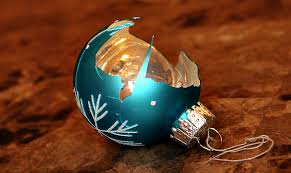 435 Views By Faith Kowitz, The University of Minnesota-Duluth
Faith Kowitz describes the difficulties in dealing with loss and grief during the holiday season, especially when loved ones die or family-life is filled with drama and conflict.

“If you haven’t picked up on it yet, I don’t like the unrealistic scenarios of Hallmark movies. In my family, we have seen some dark and lonely holidays. I often pine for the predictable outcome of holiday films. You always know that there will be happiness and joy in the end, but life isn’t exactly like that. And in the face of death and loss, how are we supposed to be thankful when our loved ones are no longer with us?” Continue Reading

6. Finding My Way Out of Darkness 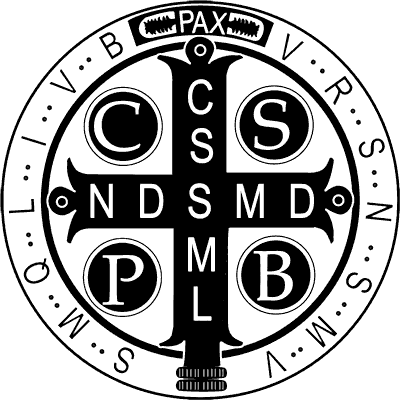 447 Views By Cameron Gaub
This testimonial tells the story of how Cameron Gaub found God in a time of intense spiritual struggle and darkness.

“Right now in my life, I am in a very dark place. But, if I have learned anything from my Catholic brothers and sisters, it is during our darkest times that miracles are possible. A couple nights ago, I was in the parking lot of my church staring at the adoration chapel. As someone else appeared to be praying in the adoration chapel, I sat waiting for the chapel to be empty. Hanging from the rear-view mirror in my car is a third class relic of Blessed Stanley Rother. The relic is a thick blue metal crucifix with a St. Benedict medal in the middle.” Continue Reading

5. Examining Tolkien: The Return of the Priest, Prophet, and King 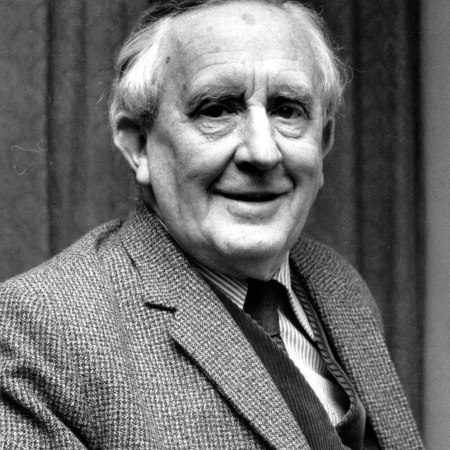 491 Views By Patrick Frazier, Franciscan University of Steubenville
Patrick Frazier profiles the acclaimed author of Lord of the Rings to highlight the way that his faith inspired his writings.

“But what’s every bit as fascinating about Middle-Earth is the creator of that universe. J.R.R. Tolkien was an incredibly devout Catholic, often attending daily Mass and fostering a strong devotion to the Blessed Virgin Mary. Tolkien once described the Eucharist in one of his letters as “the one great thing to love on Earth,” claiming that in the Eucharist one would find “romance, glory, honor, fidelity, and the true way of all your loves upon Earth.” Naturally, it would make sense that Tolkien’s masterwork would reflect the Catholic worldview of its author. Tolkien himself affirmed this, saying that The Lord of The Rings was a fundamentally Catholic work. However, it’s important to state that The Lord of The Rings is not an allegorical story. Tolkien wrote in another one of his letters that he disliked allegory, and had done so from a young age. However, what Tolkien had no problem with, and in some cases embraced, was applicability and influence. An especially interesting example of such ideas comes from the way that Frodo Baggins, Aragorn, and Gandalf the Grey all reflect aspects of Christ.” Continue Reading

4. A Scientific Argument for God’s Existence: On God 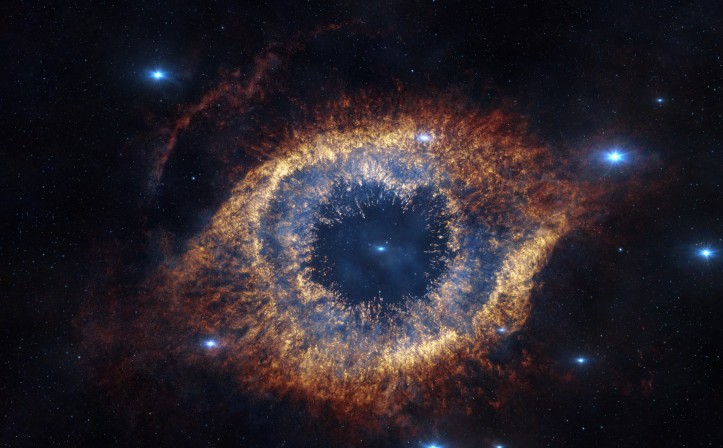 661 Views By William Deatherage, The Catholic University of America
William Deatherage attempts to synthesize and summarize various proofs of God that do not use religious or theological terms, invoking pure reason in a manner that aims to be intelligible to students.

“So, in this reflection, I will attempt to summarize various proofs for God’s existence using the natural sciences alone to demonstrate that the deity Christians call God is not only intelligible but necessary for the world to function as we know it. After each section, I will bullet-list my main points. Nothing I say in this article has not been said before. So, if you want to read straight from the source, I recommend reading Aristotle, Anselm, and Aquinas. That said, I must admit that their language can be quite difficult to digest, so the least I can do is try and synthesize it in a way that hopefully younger people can understand. After all, that’s what Clarifying Catholicism is about.” Continue Reading

3. Who Cares About the Latin Mass?

853 Views By Ariel Hobbs, The Catholic University of America
Ariel Hobbes argues for the importance of the Latin Mass, a rite that is often discarded as irrelevant or archaic by its detractors.

Why attend a Mass people appreciated hundreds of years ago? After all, it’s part of history and has no place in modern forms of worshipping. Why worship with boring, tedious Gregorian chant when you can belt out some crazy cool praise and worship tunes? Such questions are often asked by the growing divide in Catholic youth between those who embrace modern forms of worship and traditionalists. I’d like to shed some light on the historical importance, relevance and personal significance to me of the Extraordinary Form of the Mass. (N.B. The Mass in the Extraordinary Form will be referred to casually in this article as the Latin Mass by the author). Continue Reading 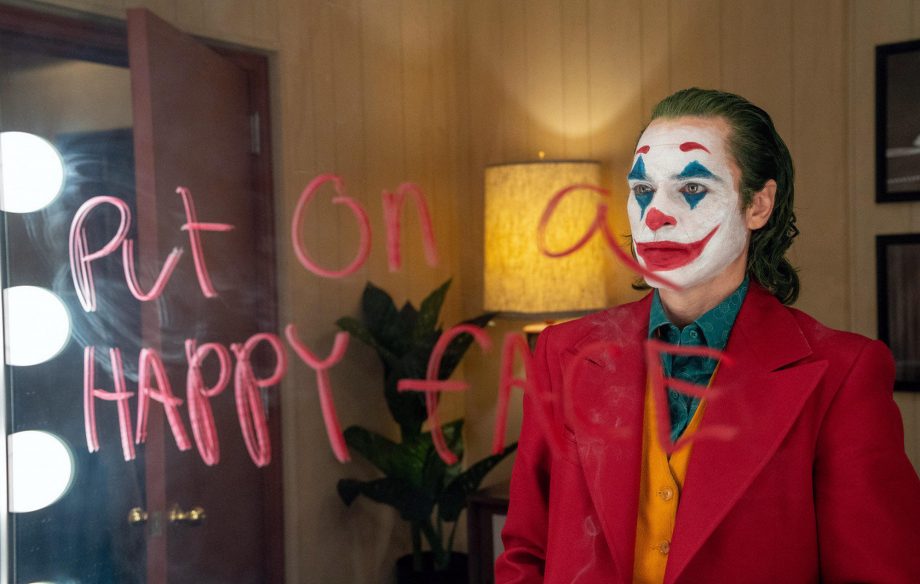 1,027 Views By Liam O’Toole, The Catholic University of America
Liam O’Toole reviews the controversial film “Joker” in an attempt to make sense of it in the light of Catholic Social Teaching.

“No one bothered to reach out to Arthur Fleck. No one gave a damn about him. He lived in an incredibly callous environment– and it drove him to evil and insanity. What this movie emphasizes is that Arthur Fleck– the Joker– is not a monster, but a human who needed someone to reach out to him.  He needed and wanted love and acceptance; he was a disordered soul who suffered greatly and thus caused much suffering. It is a tragedy that only a Christian response of charity, and the grace of God, could have fixed.” Continue Reading

1. Why I Converted from Orthodoxy 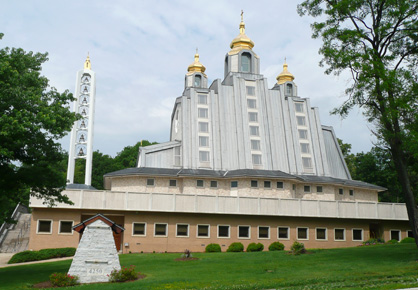 “First some background on myself. I was raised in a non-religious Jewish family. I considered myself an atheist for as long as I can remember. In my Junior year of high school, I looked into the evidence for Christianity, looking to refute it. I walked away from that endeavor becoming a believer in Jesus and firmly convinced by the evidence. I began to read about the early Christians, and then look at modern denominations. I was convinced that the Orthodox Church was the true Church, and so I became a catechumen. After two years as a catechumen I was baptized into the Orthodox Church. Many of my friends are Catholic, so I went to go research Orthodox apologetics against Catholicism in an effort to prove that the Orthodox Church is the true Church. While at first it seemed obvious that the Orthodox Church was right, the more I studied, the more I realized I was missing a lot of nuance. I ultimately ended up being convinced by the evidence for the Catholic Church, and so I had no choice but to convert. So now, a little over a year after my baptism, I am being received into the Catholic Church.” Continue Reading