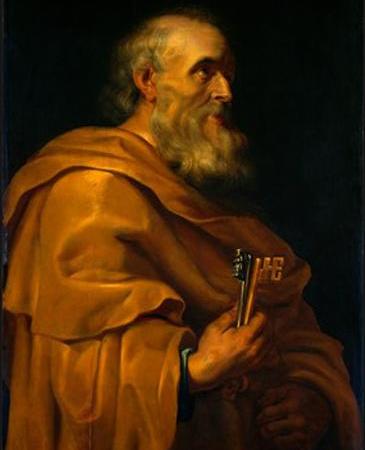 (I’d like to thank Dr. Ted Sri, whose keynote speech at FOCUS’ SLS 18 inspired this article)

There’s always been something endearing to me about Saint Peter. He’s certainly not the perfect disciple; only the Blessed Mother can claim that honor. He’s not the most prolific writer; that would probably be Saint Paul. He’s not even the most consistently faithful apostle; that distinction belongs to Saint John the Beloved. To me, however, as presented in the New Testament, Saint Peter displays the best example of giving God our best. Notice, I didn’t say the best. We know, as a matter of faith, that we can never give God the best until we reach Heaven. To give God the best would be to never sin, and according to what we said above, only the Blessed Mother can be said to have given God the best during her life. Rather, Christ calls us to strive to give our best throughout the course of our lives.

In order to understand this distinction, it is useful to examine it in the context of the Gospel. One of the most famous and poignant scenes from the Passion is the threefold denial of Christ by Peter, who no more than a few hours earlier had exclaimed that he would never abandon Christ (cf. John 18:15-17, 25-27). Peter is ashamed after this, and even after Christ’s Resurrection, Peter feels a certain amount of tension around the Lord. This all changes in a radical way after Christ redeems Peter. To recap, Jesus three times asks Peter if he loves Him, Peter three times affirms that he does, and Jesus three times tells him to attend to His flock (cf. John 21:15-19). After this encounter, Peter is restored to his position as Supreme Pastor, the role which is still fulfilled by his successors, the popes. While this is a beautiful reversal of Peter’s denial on the surface, there’s also something much deeper going on here.  Recall that the New Testament was written in Greek, which employs four words for love. When Christ asks Peter if he loves Him the first two times, He uses the Greek verb agape. This word corresponds to what we would call Divine love, the purest, most unselfish love. Peter replies both times indicating that he loves Jesus with the Greek verb philia, which suggests a sort of fraternal love. The third and final time, Jesus asks Peter if he loves Him with philia, to which Peter replies in the affirmative. After a long prediction of the future tribulation Peter will face, Christ says to him, “Follow Me.”

You might be thinking, “That’s cool Nick, but what does all that talk of semantics have to do with your original point?” That’s a fair question.  What exactly is the implication of this exchange? We know that Christ demands perfection (cf. Matthew 5:48), but we also know we can’t achieve that on Earth, as discussed above. So how then can we be both fundamentally imperfect yet called to perfection? The answer to that conundrum is that Christ intentionally commands something which He knows would be impossible without His supernatural grace. Christ calls us to perfection, knowing full well that we cannot be perfect without a daily following of Him. So, in a sense, Christ’s rousing us to a desire for perfection must not lead us to an overdependence on ourselves. It also mustn’t lead us to a feeling that since we cannot be perfect, we won’t ever deserve Him. Rather, it is a call to be truly poor in spirit, to recognize that any and all good we bring about is dependent on God’s grace working within us.

So, the next time you find yourself coming up short in some aspect of the faith, recognize that your efforts will never be perfect.  I’ve heard it said that even the most photorealistic painting of a dog still would fail to capture its tangible realities like smell or sound.  The same can be said of our efforts to serve the Lord. This is not an excuse to give up or to settle for good enough, to settle for the folly of complacency.  It is true that we will never be perfect and that is okay, but the second we use that as an excuse to no longer try, it ceases to be okay. God will look with favor on whatever tribute we can offer Him, so long as it is truly our best effort. Let us all resolve, like St. Peter, to rely not so much on our own ability to get ourselves to God, but rather with great zeal to beg Him daily for the grace to strive to be more and more perfect.  If we do this, allowing the Spirit to strengthen the virtues of Faith, Hope, and Charity within us, then we all might someday be able to follow the Lord Jesus to that place where, gazing upon Him forever, we shall be finally made perfect.